Press
AKM in Brande, Denmark, has entrusted SiccaDania to design and build the two largest flash dryers ever installed in Denmark for potato starch. 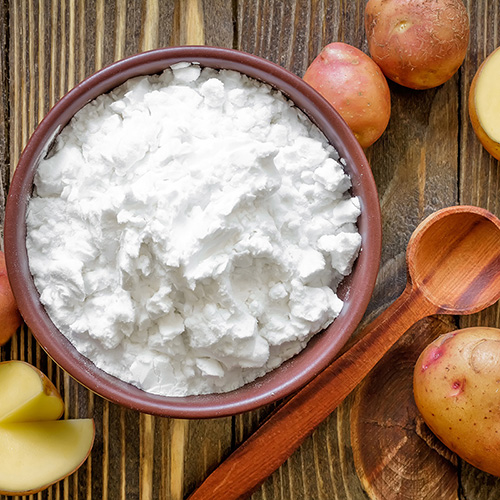 Potato starch producer AKM in Brande, Denmark, has entrusted SiccaDania to design and build the two largest flash dryers ever installed in Denmark. As part of AKM’s expansion strategy, a new starch plant featuring a much higher capacity is under construction. SiccaDania has been selected to provide the two dryers, which will have a combined capacity of up to 40 tons/hour of the finished product.

“This order is an important step for SiccaDania” says Soren Sten Rasmussen, CEO at SiccaDania. “We recently completed the largest evaporator ever installed in Denmark for another Danish potato starch producer – in this case for potato fruit water, an effluent after the extraction of protein from the spent potato starch water.”

Generally, the drying of potato starch has undergone very little development over the past few decades.

“SiccaDania has developed several innovative aspects within drying and evaporation for starch applications and their by-products. These developments add significant value to our customers”, says Starch Director at SiccaDania. “We have focused on process design improvements, sanitary design as well as ease-of-operation in the design of the new starch dryers.”

AKM has acknowledged this innovative approach by awarding the contract to SiccaDania. The dryers will be put into operation in August 2018.

Andels-Kartoffelmelsfabrikken Midtjylland A.m.b.a. (AKM) is located in Brande and is the oldest potato starch-producing company in Denmark, established in 1917. Today the plant is one of the most modern and effective potato starch factories in the World. AKM is owned by approximately 355 shareholders, the majority of whom supply potatoes to the plant. AKM is a shareholder in KMC (Kartoffelmelcentralen), responsible for new product development and distribution.

KMC was established in 1933 and is 100%-owned by Danish potato growers in Denmark. KMC develops, produces and sells potato starch and agriculture-based products, particularly to the food industry. KMC is headquartered in Brande, Denmark, and exports over 95% of its production to more than 80 countries around the World.